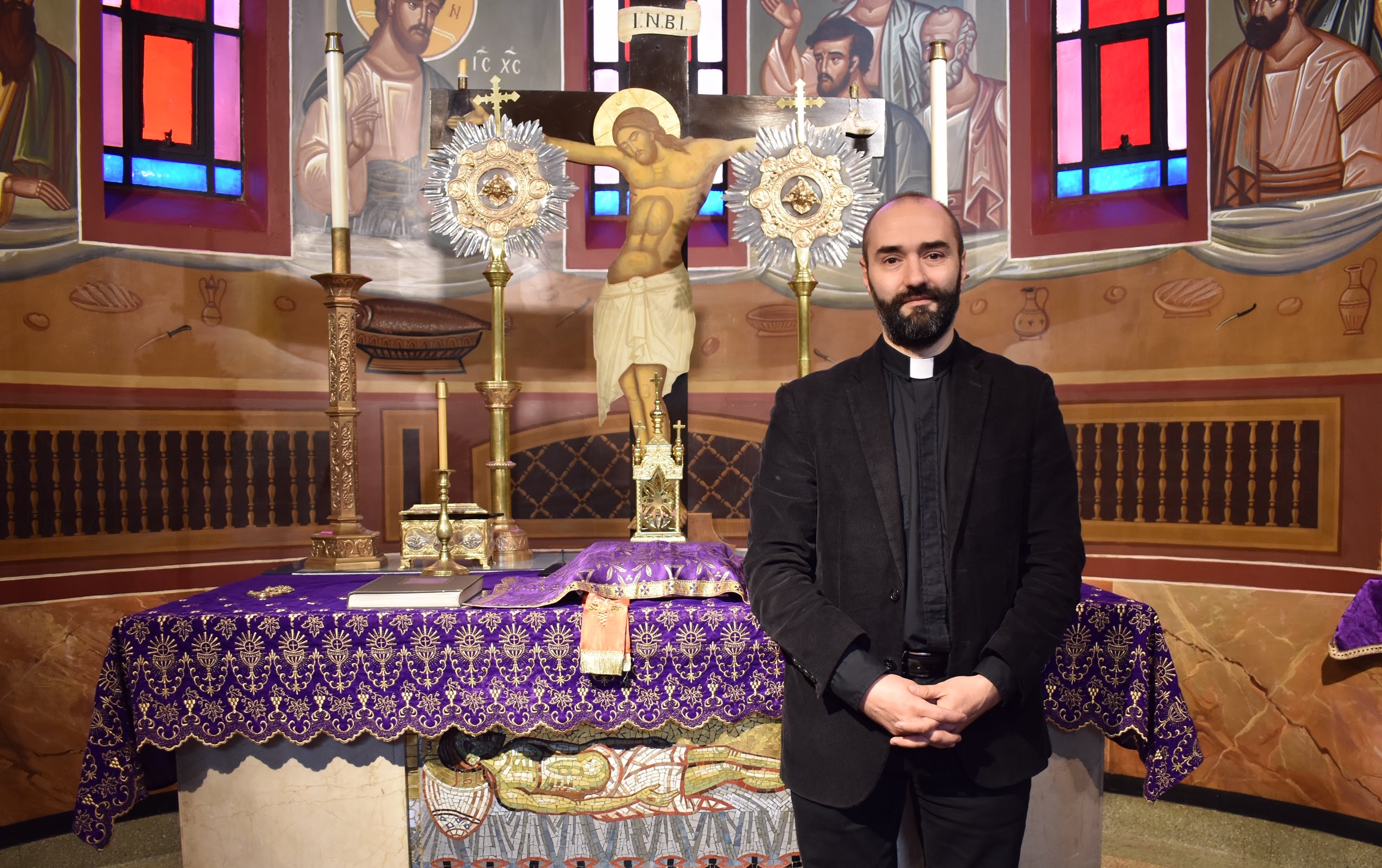 Rev. Dr. Protopresbyter Nicolas Kazarian was born in France in 1982. His father is a Greek Orthodox priest in the south of France and his mother is a physician. Immediately after finishing high school in Nice, he started his undergraduate degree in Orthodox Theology at the Institute de Theology Orthodox Saint Serge in Paris, graduating with a BA in 2004. In 2005 he spent almost a year studying Greek at the University of Cyprus, in Nicosia, before moving to Switzerland to start an MA in Orthodox Theology at the Orthodox Theological Institute of Chambésy. After finishing his MA, he changed course and started a PhD in geopolitics at the Sorbonne. He received a scholarship from the Onassis Foundation to spend a year in Athens, where he improved his knowledge of the Greek language and strengthened his love for Greek culture. He successfully defended his dissertation, entitled “Cyprus, Geopolitics and Minorities”, in November 2011.

He was the assistant of H.E. Metropolitan Emmanuel of France from 2010 through June 2015. In the spring of 2014, he was ordained a deacon and then a priest, serving Saint Etienne Cathedral in Paris. Through H.E. Metropolitan Emmanuel’s leadership, he also had the opportunity to work for the Ecumenical Patriarchate, most recently during the Holy and Great Council in June 2016 (Crete, Greece) as a subject expert in the Press Office of the Ecumenical Patriarchate.

Fr. Nicolas has been teaching Theology at Saint-Serge since 2007, initially as an instructor in Patristics and later as a Professor in Western Church History and Ecumenical Relations. He has also taught Ecumenical Relations at the Catholic University of Paris. He is the author of numerous articles about the Orthodox Church in various languages.

After moving to Philadelphia in 2015, he assisted the Metropolis of New Jersey as a substitute priest serving different communities of the Greater Philadelphia region. In 2017, he moved to New York City and was assigned as the parish priest of St. Spyridon Church in Washington Heights. In October 2019, H.E. Archbishop Elpidophoros appointed him Ecumenical Officer of the Greek Archdiocese of America, at the same time beginning his new pastoral ministry at St. Eleftherios Church.

He is married to Presbytera Lianna, who works as a translator. They married in October 2010 and have two children, Matthias and Emilie. Fr. Nicolas is fluent in English, Greek and French and speaks some Russian and Italian.